We witnessed crude prices sliding down this week on the back of which a lot of sectors like cement and paints were buzzing. Which sector next could lead the up move? What will you pick on the back of this story building up?

I think we have been seeing India’s outperformance versus global markets. India was one the biggest beneficiaries of the crude prices tumbling last week and we saw all around buying in most of the sectors.

If we look at the consumer pack, the auto numbers have been pretty strong since the last few months. Auto being the biggest beneficiary we would see the momentum building up. Secondly with the festive season coming up, it will also add fuel to this entire sales factor. Along with the auto pack, the tyre stocks will witness the demand coming back. I would remain overweight on both the two sectors and especially the auto sector.

IT was one sector where we found that the valuations are now turning to be decent and in the week gone by Nifty IT was one such sector which was the leader in terms of gains. But if we talk about the metal sector with the news that on the back of the energy crisis in Europe a lot of metal smelters are shutting down. Do you feel that the Indian players have the opportunity to grow in the global markets?

Definitely I think that is the reason we saw a lot of metal stocks moving up in the last few sessions and in the last 15-20 days if we see stocks like or they are back in momentum.

What we are seeing in Europe is obviously going to benefit the entire metal pack and then that could add value and exports might move up in a few companies. So definitely companies like Hindalco, JSW Steel and

IT came out of the blue with the gains of around 3.5%. We have been seeing that over the last three trading sessions that it was seeing steady gains but on Friday it was the top gainer. Is it fair to say that the worst is over or one should not read too much in just a one week move?

I feel that the valuations are very justified for all the large caps as well as midcap IT companies. I think that most of the damage is over. It looks like the stocks are just consolidating right now.

I think one should slowly and steadily build up their portfolio with IT stocks. It might not perform for a quarter or so but I think later on if we have a longer term view the spend on IT is going to continue. It might be just a flattish quarter for a year or one or two quarters but then I think things will start improving. So I think It stocks should be definitely there in our portfolio and if we do not have then it is time to build it up with some of the IT names.

I think financials should do well. Also PSU banks are building their momentum. We saw the

getting a new high. So I think that should be followed by the second rung of PSU banks. Large PSU banks like and are my top picks in financial space.

I am also bullish on the auto sector. In the auto space I think passenger vehicles should outperform . I think

looks very convincing from here as their month on month numbers have been pretty strong in the last three-four months and I think valuations are also compelling.

Also, M&M stock has been hitting 52-week high and is in focus. So I think agri plus the passenger vehicle both segments should do very well for Mahindra & Mahindra.

I think these two sectors look quite convincing. Also, the IT pack should be definitely looked at for value picks. 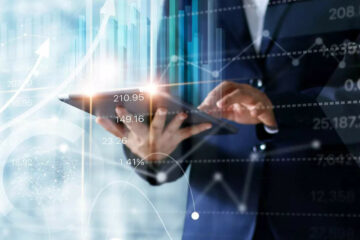