Soaring wheat prices in India could prompt price-cooling measures such as the release of state reserves into the open market while axeing the 40% tax on imports, trade and government sources said on Thursday.

The government has been trying to rein in food inflation, but its efforts have been complicated by wheat prices that have climbed to record highs.

Stung by a sudden drop in crop yields, India banned exports of the grain in May.

Market arrivals from the previous harvest, meanwhile, have slowed to a trickle as farmers have run out of stocks, growers and traders said.

“Demand is robust, but supplies are dwindling,” said Mansukh Yadav, a wheat trader from the central Indian city of Indore. “Prices are rising and will remain firm until the new-season crop starts next year.”

India, which is the world’s second-biggest wheat producer but also the biggest consumer of the commodity, could consider offloading state stocks in the market for bulk consumers such as flour and biscuit makers to reduce prices, government sources said.

“We are monitoring the price situation closely and we will intervene,” said one of the sources, who asked not to be identified so not to breach official rules. “The key question is how much stock do we need to release.”

At the start of October wheat stocks in state warehouses totalled 22.7 million tonnes, down from 46.9 million tonnes a year earlier, after 2022 domestic wheat purchases fell 57%.

The government could also drop the 40% wheat import tax, the sources said.

“The rise in prices confirms traders’ estimate of this year’s production of around 95 million tonnes, far lower than the government’s projection of 106.84 million tonnes,” said an employee at a global trading company. 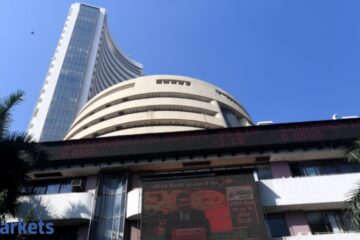