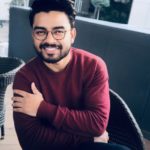 Notes
Brahmdev from Naval: Consciousness
Vishnu: Vishnu in technical sense is nothing but the space that exists, so he is the one who manifests space in the void or is the space itself.
Vishnu lying on bed on Shesh Nag: Representation of Space lying on bed of Time which itself is in Milky Way(Ksheer Sagar)

Kaustubha Mani:He is the owner of the most precious of material possessions anyone can have, this is just another way to say that human life is not only about spirituality but also about materialism, or the dualism of being the everything and still having material possession.

This mark is present on the chest, where Laksmi resides, venerating the goddess.

WE ARE SOULS HAVING A HUMAN EXPERIENCE

By Heemang Parmar Notes One of the best maxims I’ve ever heard and now truly live by is by French Philosopher Pierre Teilhard de Chardin: “WE ARE SPIRITUAL BEINGS HAVING A HUMAN EXPERIENCE, NOT HUMAN Read more…

By Heemang Parmar Notes https://youtu.be/B2Mn9Oplzdo Roman Temples Well constructed and focus on Front Fasade, Back slightly ignored or not that well constructed One Main Stairs to to reach Location: Built in Urban areas in cities Read more…